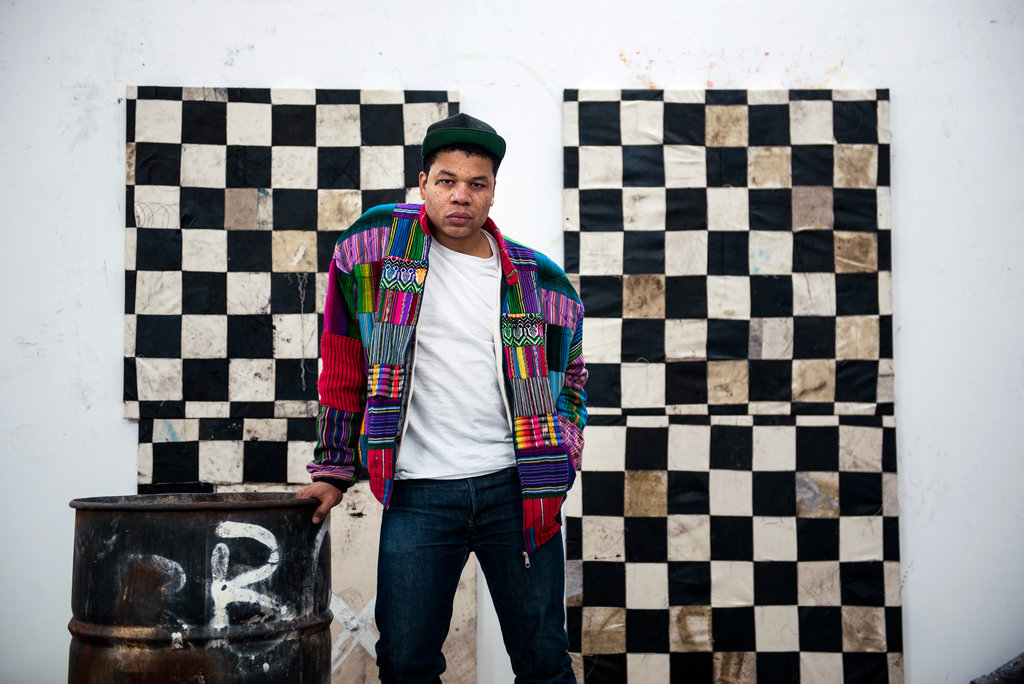 28 year-old Columbian-born painter, Oscar Murillo, is hard at work on the front lines of art and class.

“For his forthcoming show at David Zwirner — a comment on immigration titled “Oscar Murillo: A Mercantile Novel” — he hopes to import 13 factory workers from Colombina, a candy company where four generations of his family, including his mother, have worked. The visitors would stay in two rented houses in Queens and commute by subway to the gallery to make chocolate, producing it on the same kind of assembly-line machine used back home. (Mr. Zwirner has agreed to buy the gleaming stainless-steel contraption from a German manufacturer.) But the workers need visas. “This goes beyond the art world,” Mr. Murillo said. “If they don’t get visas, then it changes.” His Plan B: “The whole thing freezes and it becomes an apocalyptic moment,” with the chocolate-making machine displayed as sculpture.” [More from the New York Times feature here.]