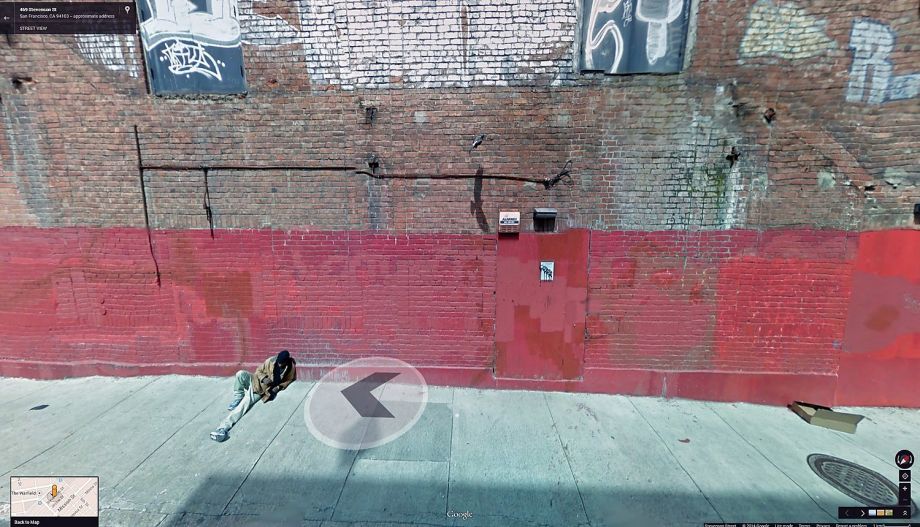 When Travelsight first proposed the concept, Santos, 36, confesses, “My gut reaction was, that’s a challenging thing.”

“I think when people think of privacy, surveillance and gentrification, a lot of them will have an understanding that this show is about x, y and z,” she continues. “I had to think creatively around this, to find artists that pair well and provoke a conversation among viewers.”

Santos says she attempted to push boundaries and kick off conversation by selecting pieces like the Anti-Eviction Mapping Project, an online data visualization, data analysis and digital storytelling documentation of Bay Area gentrification.

“It’s at the nexus of art, design and technology,” says Santos of the site, known for its crowd-sourced maps of displacement and a dramatic time-lapse visualization of Ellis Act evictions. “I think there’s something deep and provocative if you’re using technology to create something sensitive that a lot of people don’t like talking about? It creates talk about what do art and activism look like?”

Apparently, it looks a lot like the viewers—and the makers, as onetime California College of the Arts adjunct professor Bittanti relates his own experiences with displacement. “Aren’t we all outliers,” he says by e-mail, “in an age of neoliberalism and technological determinism?”