Posted on August 18, 2013 by Elizabeth Travelslight — No Comments ↓ 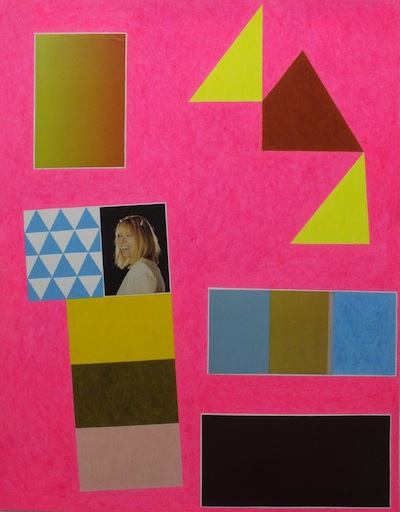 Four Core Chambers, a group exhibition of fourteen new works that explore the contours of the human heart, both romantically and medically. The artists involved are all based in the United States, and together their works map the gallery itself as an analog of the human heart, with the gallery’s central “chambers” helping to shape the flow of viewers’ experiences.

Ten years after receiving a heart transplant, the French philosopher Jean-Luc Nancy wrote of his continued anxiety on the subject: “What can it mean to replace a heart? The thing exceeds my capacity to represent it.” His remarks point to the many ways in which the human heart is imagined, and how these conflicting metaphors render it an ongoing problem in the visual arts. Ever since the fifth century when Aristotle connected the character of various animals to the size and durability of their hearts, the heart has stood in at different historical moments as a center of thought, emotion, and reason. Today, medical technologies such as transcatheter valves and subcutaneous implantable cardioverter-defibrillators (S-ICDs) help to frame the heart as a sophisticated motor that can be repaired and augmented through scientific intervention. Clinical trials since the 1980s, however, have revealed the limits of the total artificial heart (the longest survival time for transplantees has been 612 days), so while it does not physically govern emotion, the heart may well be truly, fully irreplaceable. A re-envisioning of this organ is in order, then: as a transport system, a center of romance, or, as Nancy put it, “a dark red muscular mass loaded with tubes.”

Some works in the exhibition explore medical treatment of the heart as a type of intimate relation. Jeanne Stern is an Austin, Texas-based artist specializing in stereoscopic animation; her work Doctor Foster (2013) is a short puppeteered film involving a frog doctor in full Victorian medical dress. The doctor swims to a depressed patient for a house call and attempts to treat him. The extent to which both doctor and patient rely on one another for fulfillment soon becomes clear, and the film’s dreamy, aqueous space is made into a metaphor for medicine’s nebulous physical boundaries.

Other projects question the presumably smooth relationship between the functioning heart and its visual record in the form of EKGs and other tests. Nick Lally’s video work Throb (2013) uses Euler Magnification algorithms to process film and news footage, and reveals people’s pulses hidden within the video information. The footage cuts between the original videos, processed videos, and stylized animations to reveal unexpected data within the visual elements. This, in turn, invites viewers to re-consider their own heartbeat not as the “original” to which the heartbeat reading is a “copy”, but as a highly relational and contingent piece of information in its own right.

David X. Levine explores the synaesthetic intersection of music and color in his drawing YES KIM GORDON (2013). This work is an elegy to the recently collapsed marriage of rock musicians Kim Gordon and Thurston Moore. A photograph of Gordon from The New Yorker holds court inside a group of geometric forms in colored pencil; it is equal parts high modernism and middle-school locker collage. Levine’s imagined connection to Gordon and Moore’s love life illustrates one of the major lessons of rock music– that heartbreak is, in the end, a shared experience.

Four Core Chambers is co-sponsored by EMERGENCY-USA, a nonprofit organization that provides free-of-charge, high-standard medical and surgical care in war-torn areas. On November 3rd there will be a screening of Open Heart (nominated for a 2013 Academy Award in Best Documentary Short), which follows eight Rwandan children who undergo open heart surgery at the Salam Center, a cardiac hospital in Khartoum, Sudan, which is run by EMERGENCY.

The exhibition is curated by Katie Anania, an art historian, curator and critic who specializes in intimacy, privacy, and various histories of markmaking. She teaches art history at the San Francisco Art Institute and food studies at the California College of the Arts.