Posted on July 4, 2015 by Elizabeth Travelslight

July 4, 2015 marks the 40th anniversary of Media Burn and I have been looking forward to the Bay Area Society for Art & Activism’s commemoration of Ant Farm’s legendary performance piece for well over a year. An iconic Media Burn image (below) was the first to grace the Bay Area Society for Art & Activism’s home page when our organization launched last year. Set against a sparsely developed San Bruno Mountain, the photo shows the futuristic Phantom Dream Car, a dramatically customized 1959 El Dorado Cadillac Biarritz, with its tail fins flying across the Cow Palace parking lot and rocket shaped nose plunging into a burning, Babel-like, tower of forty-two cathode ray tube televisions. 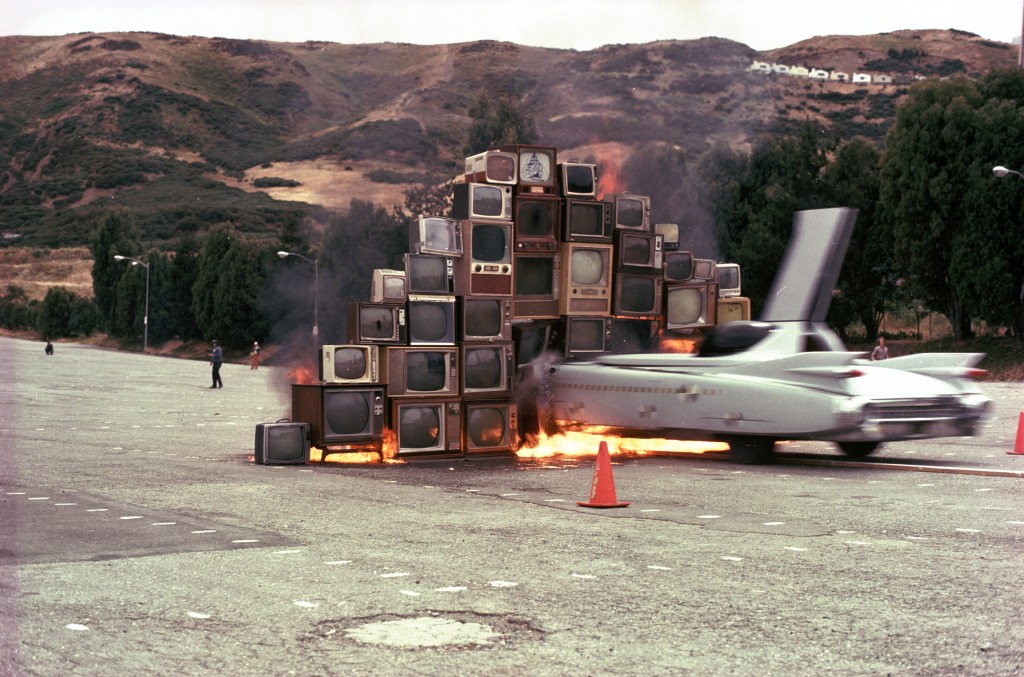 Media Burn succeeds in a fashion similar to all Ant Farm works. They are simultaneously irreverent and critical, drawing upon deep stores of collective symbolism in ways that are highly suggestive but never didactic. For us, a young organization working to define and announce itself, the Media Burn image summarily cited our Bay Area radical roots, our political inclinations, and a way to approach the open horizon of our aspirations–head-on–with horsepower, imagination, and a circus of friends. Empty of discernible people, the “we” interpellated by this image suggests a community in its broadest sense–media consumers, past, present, and future–held in the sway of consumptive technology. Media Burn invites us all into a “kill-your-television-then-what-?” speculative fantasy that remarkably keeps apace rapid evolutions in technology and visual representation. Beyond killing just the television these days, many contemplate the virtual “suicide” of online personas, “unplugging” from the Internet to deliver ourselves from its omnipresent distractions and nutritionless spectacle. Strategically timed for national “Independence” Day and the broadcast network “summer doldrums” when consumers suffered through bland offerings on few channels, the result was a widely covered event, a “so-called happening” taken up and shared by numerous local Bay Area news crews like KPIX and KTVU. Their rebroadcasts and commentary in turn provided supplementary content for an Ant Farm produced video compilation. 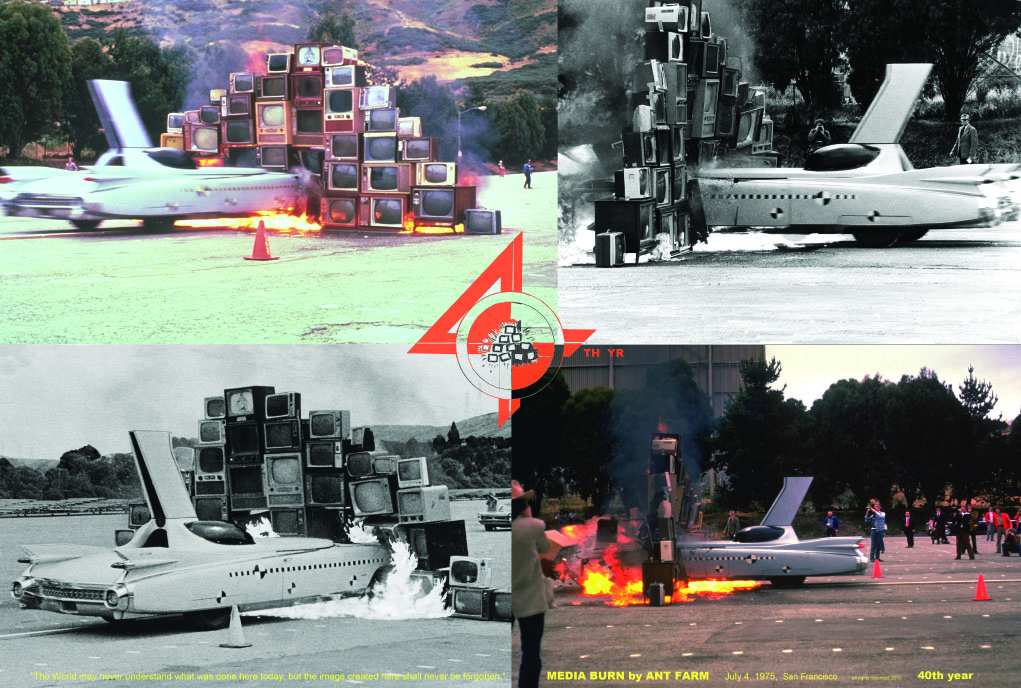 Sanaz Mazinani is a San Francisco-based visual artist widely recognized for her complex kaleidoscopic collages and installations of found digital photography. Mining the ever increasing repositories of the Internet, Mazinani works with images of explosion, protest, imperialism, popular culture, and technologies of war to expose the politics of representation and conflict within digital culture. Given this lexicon, Mazinani is well-suited to reconsider the visual imagery of Media Burn. In Media Burn 2.0 (Homage to Ant Farm), Mazinani has appropriated and reworked the iconic Media Burn photo with content from her own stores of found imagery to illustrate this forty year interim. 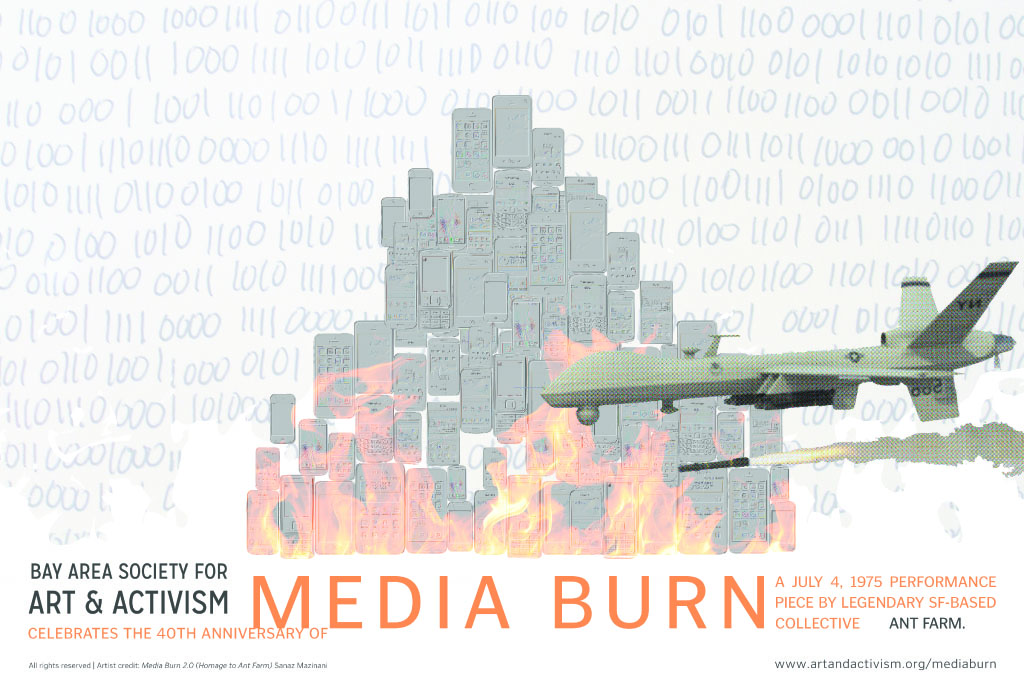